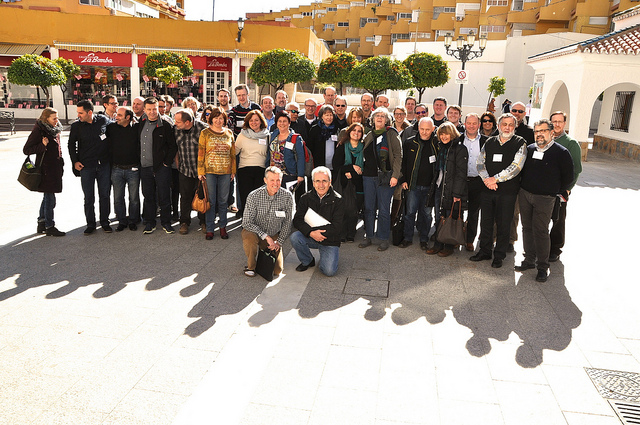 Fifty participants from ten European countries and the USA gathered in Malaga, Spain, February 2-5, 2015 for the annual regional RHP roundtable in Europe. The theme this year was “Welcoming the Stranger”, which we discussed in the first morning session. Other topics for discussion included justice issues for Christian converts especially related to their asylum application, as well as an overview of the crisis in Europe due to the increase of migrants coming to Europe in the last year.

The participants themselves lead the sessions, which often included discussion groups and time for questions and answers. The sessions included as well over 10 ministry reports from various locations around Europe, which were woven into
the schedule. In addition, two participants shared their story as former refugees themselves. We took time to pray spontaneously for those who shared.

On two evenings, the group met in a local church in the hopes that church members from the local area might participate in the international gathering and benefit from the interaction among fellow Europeans. Although translation was
offered, the logistics proved difficult to arrange, and the evening sessions were poorly attended. The evening sessions were a reminder of how difficult it is to raise awareness among local churches in many communities.

As usual, we offered the opportunity to visit a local ministry, and this year the group traveled across the Straights of Gibralta to Ceuta and Morocco. In Ceuta, we visited the ministry of the International Christian Church, which has been
ministering to the migrants in the Spanish enclave for over 15 years. We shared lunch together and heard about the important work of this church. Afterwards we visited a group of migrants along the shore and saw the fence where people
regularly lose their lives as they try to cross or swim around to Ceuta.

A final highlight for the group was to welcome the Italian Evangelical Alliance representative from Sicily, who announced that next year the Italian EA will host the annual European roundtable in Sicily.