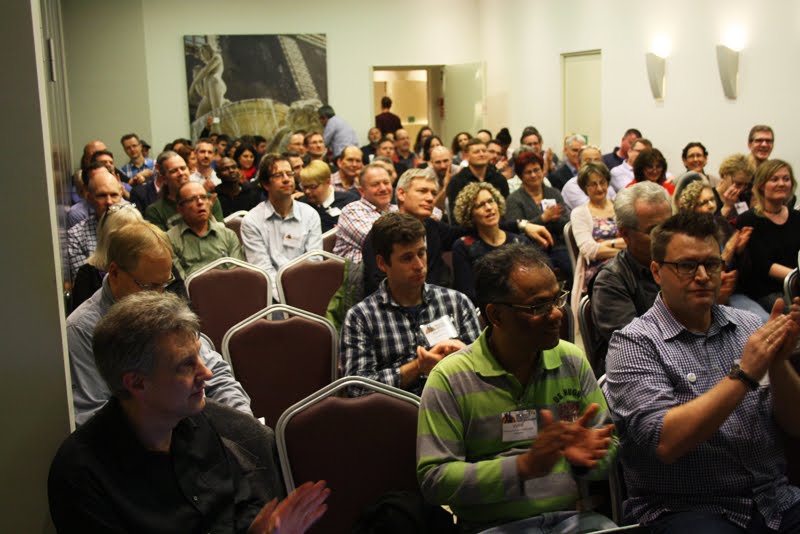 Eighty-six participants from nineteen countries gathered in Catania Sicily, Italy on 8-11 February 2016. More than half of the participants were coming to an RHP roundtable for the first time! This year’s roundtable theme, “Meeting the Tide: Responding to the current crisis” was developed through local ministry reports, testimonies, and resources available in a variety of languages. There were thirty-one reports from 13 countries submitted from among the participants and collected together as a document.

The resource table that was available throughout the meetings included written materials, maps of the refugee highway, books on trauma care, and resources that make use of the internet, such as barcodes to scan that allow access to Bibles and films in many languages. Besides these resources, The Evangelical Focus interviewed over thirteen participants throughout the meetings on various questions, and this material will also be made available.

The mornings began with Bible teaching from Genesis 10-11 and from the book of Ruth. Workshops included: Trauma Care, Meeting Muslims, Welcoming Strangers, and Storytelling. In addition, there were break out groups that met to discuss human trafficking issues related to refugees, future needs of the Refugee Highway Partnership (RHP), and resources available for those involved with ministering to Muslims, specifically the Al Masira video series and the Discipleship Bible Study method.

The first afternoon participants were given the option to visit a refugee camp. The visit included a lovely bus ride through the Sicilian countryside, being hosted at a local orange grove, and meeting newly arrived refugees. After listening, praying, and sharing cookies and oranges together, the participants loaded back onto the busses for a ride back to Catania and a tour of the Evangelical Alliance of Sicily headquarters.

The evening programs were filled with praise, prayer, and testimonies of God at work in Europe. A highlight was the testimonies of two participants who shared their own journeys along the refugee highway. Celebrating the Lord’s Supper together followed by a joyful session of praise shouting out “There’s no God like Jeshua”, participants left with a plethora of new resources, ideas, and renewed encouragement to continue God’s work among refugees in Europe.

The RHP 2017 Roundtable will take place in Budapest, Hungary.